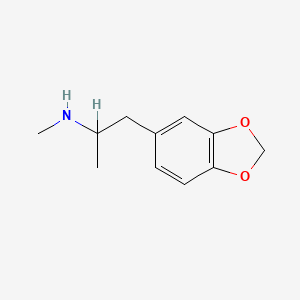 Fluoxetine and the developing brain.

To see complete record on www.trialregister.nl, please visit this link

SSRIs are the second most commonly prescribed psychotropic drugs in children and adolescents. In the pediatric
population they are mainly prescribed for treatment of major depressive disorder (MDD) and anxiety disorders. In 2007 there were 8.500 patients under age 21 prescribed with SSRIs in the Netherlands alone. The rate of prescription is increasing over the past years (Stichting Farmaceutische Kengetallen), despite the controversy on their efficacy in treating childhood MDD. Although numerous trials have shown robust safety of SSRIs in adults, limited data is available on their effects on the maturing brain, and their efficacy in children and adolescents even
debated (Hetrick et al., 2007). Animal studies have demonstrated that peri-adolescent pharmacological
manipulations of extracellular serotonin (5-HT) concentrations ([5-HT]E) can lead to abnormal outgrowth of the 5-HT system (Azmitia et al., 1990; Shemer et al., 1991; Won et al., 2002). SSRIs increase [5-HT]E by blocking 5-HT transporters (SERT). Recently, pilot experiments of our group have shown that early chronic treatment with
the SSRI fluoxetine results in a significant increase in prefrontal and hypothalamic SERT density in juvenile treated rats, but not in adult treated rats. These findings are in line with Wegerer et al. (1999), who has shown that this effect persists into adulthood, long after discontinuation of treatment with SSRIs. This raises concern
about the use of SSRIs in children and adolescents and it is therefore vitally important to evaluate the long-term
effects of SSRIs on the developing human brain.

Objectives of the study:

A (pharmacological) MR imaging study for assessment of serotonergic function and connectivity in 16-week multicenter randomized, double-blind, placebo-controlled trial with fluoxetine in 80 adolescent-, and adult females suffering from MDD and/or anxiety disorder in which the effect of age is investigated before and after treatment. Patients will be stratified into two age groups: adolescents (12-14 years of age) and adults (23-40 years of age), and randomly assigned to receive a flexible dose of either fluoxetine or placebo, resulting in four groups consisting of 20 subjects each.

Nature and extent of the burden and risks associated with participation, benefit and group relatedness:

2. Screeningvisit and short exitinterview during which confronting or uneasy questions can be asked;

3. Two times collecting saliva samples (5) at home during one day and also during the assessment days (1
sample);

Side effects of fluoxetine. Since all patients are considered to be in need of pharmacotherapy, the risks of the fluoxetine treatment can be seen as part of standard practice and adds no extra risk to participation in this study.
Placebo-treatment. Recent studies have shown that there is a large placebo effect of 3 month treatment with placebo en that the outcome of adolescents suffering from MDD treated with placebo versus fluoxetine is not statistically significant (Kennard et al, 2009). It was therefore concluded that placebo is an ethically acceptable control condition in terms of the potential for direct benefit, risk of harm from withholding active treatment, and availability and use of rescue procedures to minimize negative consequences. Patients can start medication directly after the study (after 19 weeks) and all adolescent patients receive additional cognitive behavioural therapy. The associated risk with study participation is therefore negligible, and the burden minimal.
Citalopram i.v.
Citalopram will be administered intravenously in a very low dose as a sort of contrast agent. Citalopram is the
only intravenously SSRI registered in the EU for treatment of severe depression with vital symptoms. In the Netherlands citalopram is the most prescribed antidepressant in children under 21 (although off-label, Stichting
Farmacologische Kengetallen, 2008). Intravenous form is given at the same dosage as oral form and side effects
are in the same range (mild and low-frequent; Kasper et al., 2002). These are: nausea (13%), headache (6%),
tremor (6%) and somnolence (25). Citalopram will be administered a two separate occasions in a very low dose
with 19 weeks interval. The associated risk is neglegible, and the burden minimal (mainly associated with the
intravenous puncture).
MRI, NPO, DNA and corticol measurement are without risks and burden is considered minimal.

Trypt.am is a project sponsored by Entheos Foundation of New Zealand (https://entheos.org.nz). The data is taken from several publicly available clinical trials from around the world.

Trypt.am pulls a subset of the clinical trials based on psychedelic substances. This website is in beta, and only exists for informational purposes. There still may be bugs and inaccurate data, it is up to the user to use the data as they see fit.

This site uses no trackers, cookies, and no data is collected from visitors of this site.

Trypt.am is a shortening for the word *tryptamine*.

If you would like to contribute to the code base or report bugs, please contact:
info (at) entheos (dot) org (dot) nz